​Chairman & CEO
​
José L. Pérez co-founded the first council of its kind, the California Utilities Diversity Council (CUDC) in 2003, with Michael R. Peevey, who is former president of the California Public Utilities Commission. The CUDC set new benchmarks and led to new achievements in diversity by California-regulated companies.  In 2008, José co-founded another first council of its kind, the National Utilities Diversity Council (NUDC), and served as its president for three years creating national awareness and synergistic efforts toward reaching diversity goals.

Mr. Pérez has provided visionary leadership in promoting diversity in the new energy economy from Sacramento, California to Washington, DC. José is a national speaker on diversity, public policy, community and business partnerships, and finance in the energy and utility industries. He has presented at the National Association of Hispanics Publications in Washington D.C., National Association of Regulated Utility Commissioners (NARUC) in Denver and San Francisco, National Council of La Raza in New Orleans and the Mexican American Engineering Society in San Diego. In 2014, José was featured in as one of the nation’s “Most Influential Latinos in Energy” in Latino Leaders, a national printed publication.

In 1996, José founded the Latino Journal, a non-partisan publication focused on independent analyses of public policy and government from a Latino perspective. José earned his degree in Government from California State University, Sacramento and a Certificate on Corporate Governance from the Graduate School of Business at Harvard University in Cambridge, MA.
Contact José

Nancy and her professional team provide language access solutions to public officials, utility and energy companies, and the private sector.  She developed and directed Spanish language training for law enforcement leadership and academies and served as a language/cross cultural consultant to government and corporate executives and teams. Nancy has served in leadership roles on local, state, national, and international boards and was a gubernatorial and state constitutional officer appointee in two California administrations.

Latino Leaders magazine named Nancy as one of America’s Top 100 Latinas in Energy in 2019.   She is also a recipient of U.S. Congressional Special Recognition as Outstanding Hispanic American Educator for promoting multilingualism and Spanish language programs.
Contact Nancy 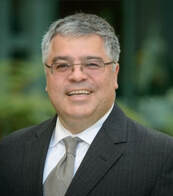 Olman Valverde is an experienced business attorney and handles real estate and transactional issues in the oil and gas industry. Representative matters in this practice area include the purchase and sale of oil and gas leases, title examination related to oil and gas rights, project finance transactions related to exploration and development projects, and litigation related to land rights, leases and production activities. His clients include energy companies, technology start-ups, real estate developers, engineering firms, public utilities, and government agencies.

Mr. Valverde earned a Juris Doctorate at Boston College Law School in Massachusetts, and Bachelor of Science in Environmental Studies at University of California at Santa Cruz. He has served on local, state, national and international business and civic boards including as General Counsel to Latino Peace Officers Association of CA, Costa Rica-United States Chamber of Commerce, Los Angeles Association of Professional Landmen, and currently as President of Board of Directors, Los Angeles County Education Foundation. 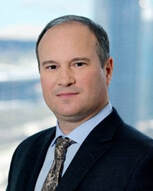 Chief Operation Officer Dominguez leads ComEd, an Exelon company, which powers the lives of more than 4 million residential and business customers, or 70 percent of Illinois’ population. He is responsible for the safe and reliable delivery of electricity to customers and for empowering them to manage their energy use. Before joining ComEd, Dominguez served as executive vice president of governmental and regulatory affairs and public policy for Exelon. In that role, he led the development and implementation of federal, state, and regional governmental, regulatory, and public policy strategies for one of the nation’s largest electric companies with approximately $34 billion in annual revenues.

Prior to joining Exelon, Dominguez was a partner in the law firm of White and Williams, LLP, with a broad-based litigation practice counseling large and small corporations, institutions, and government entities. He is a former assistant U.S. Attorney, Eastern District of Pennsylvania.

Dominguez serves on several boards of directors and councils and the Rutgers Law School Corporate Governance Advisory Board. He cofounded the Association of Latino Energy and Environmental Professionals, an organization focused on ensuring the Latino voice is heard in the energy and environmental industries, in 2011.

Dominguez received the Michael K. Smith Excellence in Service Award from the Pennsylvania Bar Association, the Adelante Award from APM, the Delaware Valley’s Most Influential Latinos Award, the Visionary Hispanic Energy Leaders Award, and the nuclear energy industry’s most prestigious award, the William S. Lee Award for Industry Leadership. Dominguez is an inductee of Rutgers-Camden’s Finest and a past Honoree of the Hispanic Bar Association of PA Legal Fund (HBALEF).

Dominguez earned his bachelor’s degree in mechanical engineering from the New Jersey Institute of Technology and his law degree with distinctions from Rutgers University School of Law.

The Honorable Nelson Diaz concentrates his practice in the areas of litigation, dispute resolution, public housing issues and government relations. He has represented public entities, corporations, hospitals, banks, and non-profit organizations in both state and federal courts.

Nelson served as a judge for the Philadelphia Court of Common Pleas from 1981 through 1993. He was the youngest judge elected to the Court and the first Latino judge in Pennsylvania history.

In addition to his legal practice, Nelson served as the city solicitor of Philadelphia and was appointed by President Clinton to be the general counsel for the U.S. Department of Housing and Urban Development, where he focused on reforming public and mixed-use housing programs. Nelson also served as a White House Fellow as special assistant to Vice President Walter Mondale.

Nelson is the author of Not from Here, Not from There/No soy de aquí, ni de allá, an autobiography, success story and vehicle for US Latinos to manifest their American dream. 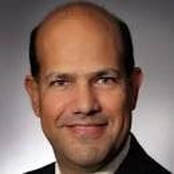 Lewis Binswanger is Vice President External Affairs at Nicor Gas where he develops, oversees and directs the regulatory and legislative policy, strategy and planning in the State of Illinois. He represents the business interests of the company within the regulatory and legislative environment and serves as a key strategic advisory to the Enterprise. Binswanger leads a team of regulatory specialists engaged in the formulation of regulatory solutions and strategies designed to achieve the financial and operational goals and objectives of the Company. He directs the legislative team and external lobbyists to establish company policy regarding state legislation. 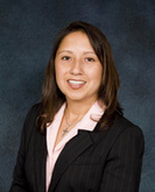 Member Board of Directors
​
Ms. Martinez, founder and CEO of Ruben Strategy Group LLC, is recognized as one of the nation’s and region’s leading regulatory and legislative strategists. Her extensive background includes positions in alumni relations, government affairs, regulatory oversight, and professional development. Her public career includes serving as a Michigan Public Service Commissioner, Governor Granholm’s Deputy Director of Legislative Affairs, and senior policy advisor to the Michigan Senate. 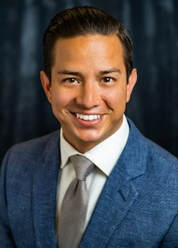 Zack is a leader in the future of Science, Technology, Engineering and Math (STEM) in America by promoting the next generation of Hispanics in STEM through his experience in energy research, academic achievements and professional alliances. He is breaking ground by increasing access and awareness of educational and professional opportunities with the Society of Hispanic Professional Engineers.

Zack managed and led interdisciplinary energy research projects throughout his academic commitment from liquid-nitrogen powered vehicles during his bachelor’s degrees in Engineering and Physics, to sustainable agricultural biofuel development for his Ph.D. thesis at Baylor University. In 2010, he worked with Southwest Research Institute on thermodynamic properties of cracking heavy crudes and continued in Oil and Gas research through graduate school focusing on big data, neural networks, and petrochemical algorithms to understand rock mechanical properties and drilling anomalies in horizontal drilling programs.